Due to its extremely steep profile, the area of the Cordillera de Cóndor (Condor Mountain Range) constitutes a zone subjected to fairly non-intensive use. As agreed upon, this is precisely the area that was to be ceded for the creation of the Ichigkat Muja - Cordillera del Cóndor National Park (See: "Our war against Ugkaju").

Farming is performed at the bottom of the valleys; nevertheless, the layer of soil on the rugged mountainsides is quite thin and is subject to extensive erosion, given its 4,000 mm of annual rainfall and steep slopes. The Cordillera del Cóndor is a culturally protected site, where the fragility of the environment corresponds to the sacred nature of many of its elements. This area has special cultural significance for the Jivaro peoples and for we the Awajún in particular. 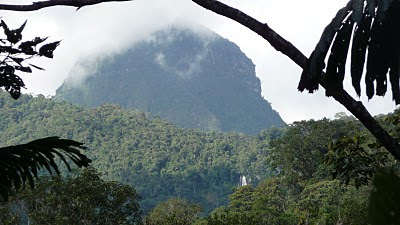 Mount Kumpanam (a tepui-type formation) constitutes the central element of the Cordillera del Cóndor, reaching an attitude of 3,280 feet from its base, and its peak is generally covered with clouds. It is located at the foot of the Comaina River, which forms part of the Cenepa River. This mountain, which according to our tradition was a person, is extremely powerful, on which thunder and rain depend. Five tijai, or masters of the mountains, who take care of the water, clouds, animals and plants, live inside. Kumpanam is sacred.

Thanks to the tradition that our ancestors (fathers, grandfathers and forefathers) have passed down from generation to generation, we the Awajún know that Mount Kumpanam is a reserve and that it should remain as such. Abundant wildlife and impressive biodiversity exist on its slopes. It is said that the largest number of frogs (key indicator of biodiversity), bird and tiger species are found here; local fish species, such as bujurquis and bagres, swim in the small streams that originate in this area and reproduce in the crystal-clear water of nearby springs. There are also numerous chonta palm trees. The water originating from Kumpanam is clear, unpolluted and feeds the streams, along which families live in communities. For this reason, respect is traditionally given to the mountain that gives life. We the Awajún believe that the power of this mysterious mountain is such that it can move if disturbed. 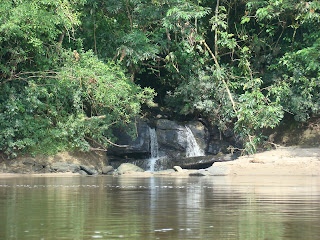 There are a number of sacred waterfalls (tuna) on both Mount Kumpanam and other elevations of the Cordillera del Cóndor. Men visit these waterfalls starting in their youth to have a vision and purify themselves. They stay there for various days, fasting and drinking toé until they have their vision. The vision allows them to gain power, see their lives as they are going to happen in the future and find out whether they are going to be leaders or warriors and whether they will be able to face chal­lenges. This power is transmitted to human beings at the waterfalls, especially the cascades situated in the Cordillera del Cóndor and Mount Kumpanam.

The traditional ritual practices that shape a person, which form part of the education process of the Awajún people, have been revalued over the last few years. Sacred waterfalls, where religious visions are experienced, are also places of worship for Evangelicals. Culturally protected sacred zones may not be directly appropriated by individuals, and for this reason, the term “reserve” is used, providing open access to all the communities. This is also the case with Mount Tuntanain, which was recently declared a Communal Reserve. 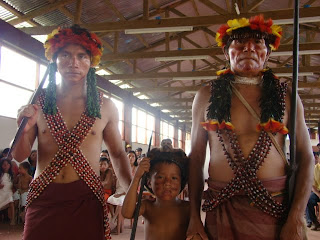 Many of the so-called cuevas de guácharos or oilbird caves (tayu), which are inherited from generation to generation and form part of the topographical memory of the indigenous inhabitants of the region, are located on the slopes of the Cordillera del Cóndor, often near the banks of rivers and streams. These caves play an important role in social interactions, since owners extend an annual invitation to capture birds.

The existence of these culturally reserved areas of significant biological and cultural value constitutes an important element in the land management strategy of the Awajún people. Reserves such as this one guarantee the sustainability of the Cenepa River Basin due to their role in fauna reproduction and their water production function. This also applies to the Cordillera de Tuntanain (Tuntanain Mountain Range), which was recently declared a communal reserve; it separates the Cenepa River Basin from the Santiago River Basin and is considered a culturally reserved space by the communities of both basins. Its role in ecological stability is even more important when the narrow Cenepa Valley has continuously supported a relatively dense population. Without the intangible protection of the upper reaches of the basin and the headwaters of all its rivers, the basin would not be able to ensure sustainability. 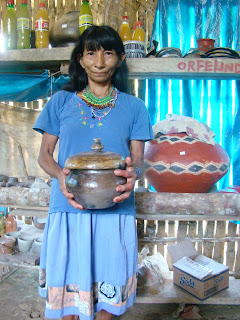 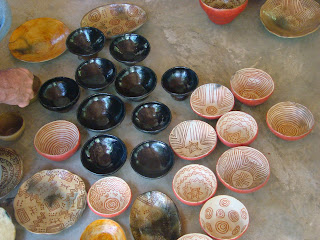 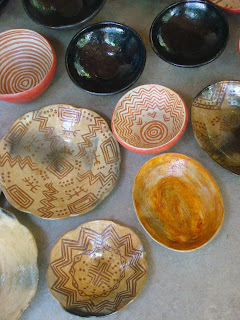